CHOOSE YOUR ALLEGORY ⇢
VISUALIZE ⇢
GET THE ATTIRE
BE INIMITABLE

Have us develop an allegory exclusively for you.
Let us know of a set of personality traits, or a theme, or a message.

Inspired by your idea,
the author will conceive and create a completely new allegory
and embody it for you in a work of art.

A SYNERGY OF GENERATIONS 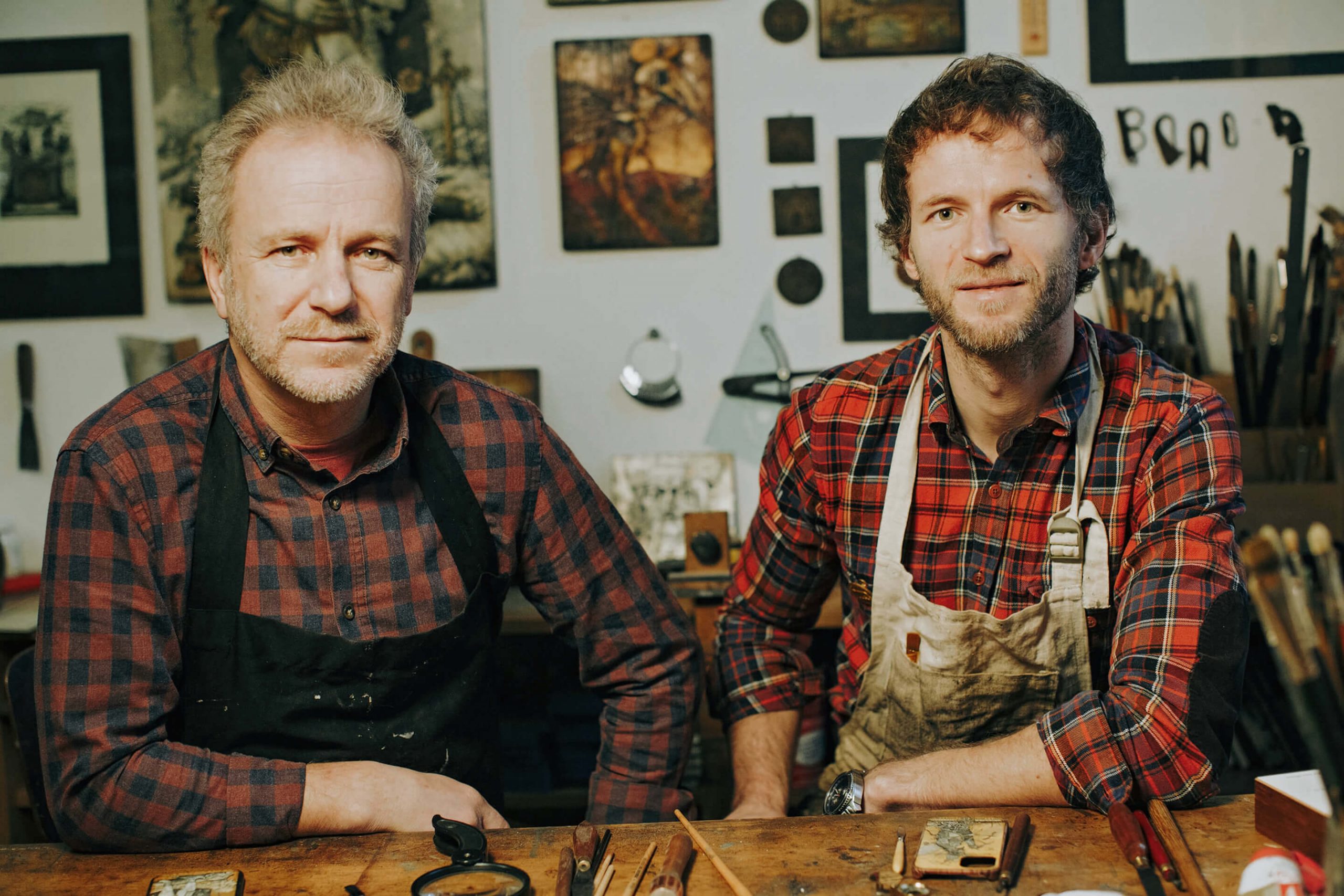 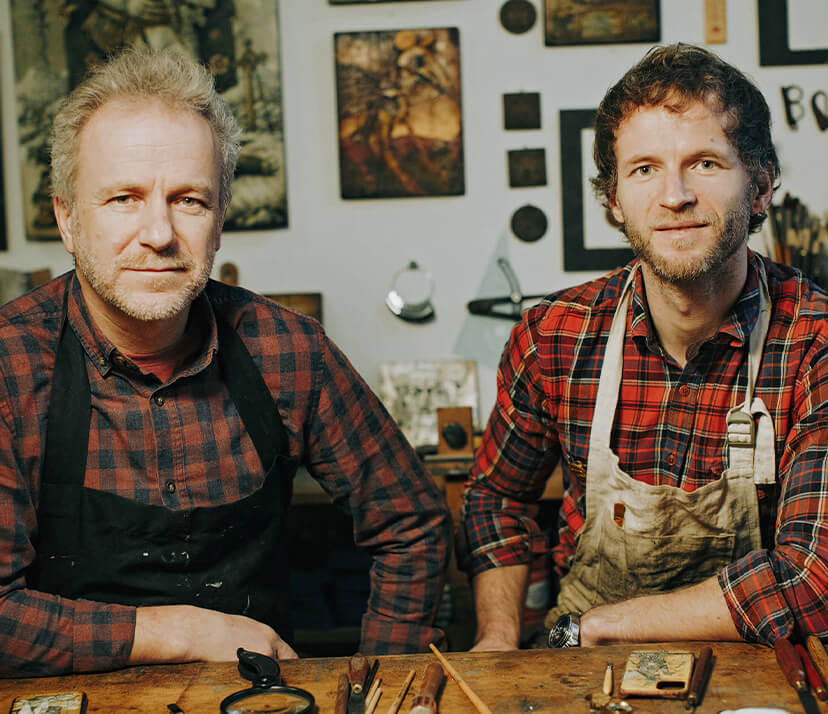 Oleh Denysenko is a Ukrainian artist of international renown. He is holder of over thirty awards worldwide, full member of Academic Senate of the International Academy of Modern Art (Rome, Italy), and Pollock Krasner Foundation grantee (New York).

Oleh Denysenko works in engraving, painting, sculpture, and collector’s book-making. He is a patent holder on gessography, an innovative art technique of his invention.

Oleh Denysenko’s style is a harmonic synthesis of heritage and innovation. His works are characterized by recombination of classical themes, meticulous execution of details, and experimenting with new techniques of artistic expression.

Alexander Denysenko is an artist, film director, and visionary.

A pupil and assistant of Oscar-winning director Andrzej Wajda, Alexander has won over twenty international awards for his filmmaking and is a member of the Polish Filmmakers Association (PFA).

Alexander’s multifaceted interests – his passion for art, background in filmmaking, and education in philosophy – have allowed him to develop his own approach to art that challenges the status quo. Alexander’s projects deeply touch the hearts and minds of his audience, widening their horizons and transforming their worldview.

Alexander Denysenko has set himself an ambitious goal: to reunite fine and applied art, restoring it to the harmony of artistic soul and practical utility that has inspired us from ancient times through the Renaissance.

Alexander Denysenko created AETHER – artistic attire for iPhone for those eager to artistically express their unique personality, anytime and anywhere.

Developed by Ivan Huda
© COPYRIGHT 2023 AETHER. ALL RIGHTS RESERVED.
Designed by Alexander Denysenko
WE USE COOKIES TO BRING YOU THE FINEST WEBSITE EXPERIENCE
If you continue, we’ll assume you are happy to receive all cookies on our website. You can disable cookies at any time by changing your browser settings. Learn more about how we use cookies here.
CONTINUE
FOR BETTER EXPERIENCE PLEASE ROTATE YOUR DEVICE